September 14, 2021, Toronto, Ontario – African Gold Group, Inc. (TSX-V: AGG, OTC: AGGFF, FRA: 3A61) (“AGG” or the “Company”) is pleased to announce positive results from the preliminary trenching programme in the Kobada Est exploration target. The Kobada Est trenching programme was completed in June 2021 and consisted of three trenches with a combined length of 260 m.

The Kobada Est is a part of a group of permits located on the western flank of the Bougouni basin covering an area of 63,679 acres. The shear zones discovered in the Kobada Est concession form a part of the combined 55 km shear strikes, identified across the three concessions from previous geophysics and soil geochemistry.

“We are pleased to see such impressive results as part of our regional exploration programme within our Kobada Est exploration concession area. This is the first time we have followed up prior programmes with trenching to determine possible gold mineralisation, and the results are very pleasing. From this trenching it`s clear that a drilling programme should be designed to determine the continuity of the mineralisation identified in the trenching. Kobada Est is part of our overall strike system of 55 km identified within our mining permit (Kobada) and Faraba and Kobada Est exploration concessions. These results further reinforce our thesis that the exploration upside within our permits is significant, and we look forwards to taking Kobada Est to the next stage of exploration.“ 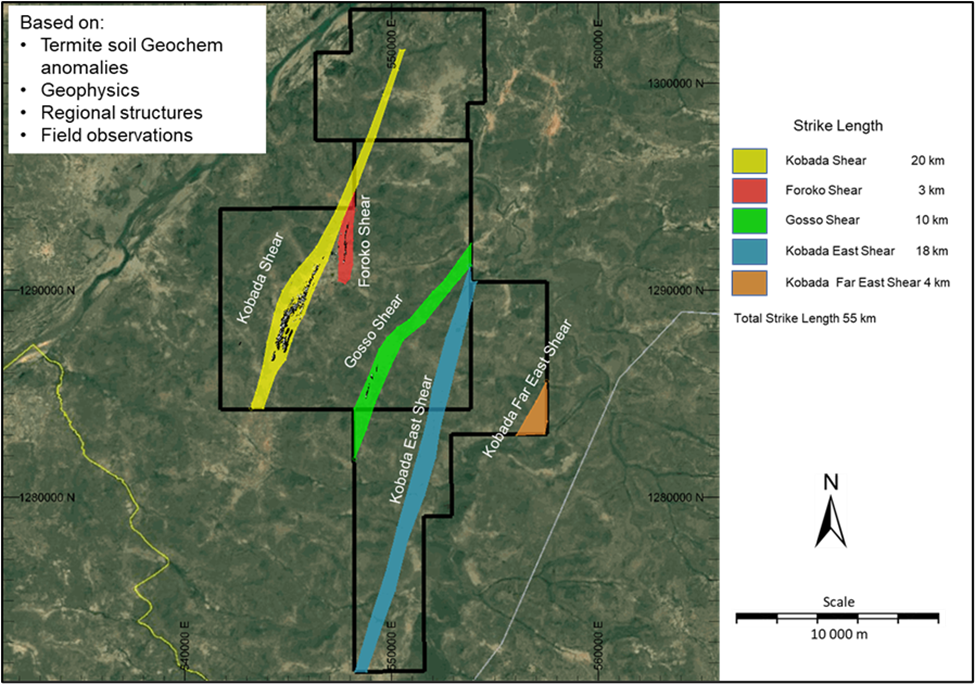 The 2021 Kobada Est preliminary trenching campaign was completed in June 2021 with the aim of confirming mineralisation and mapping structures that could confirm the potential of the Kobada Est target area. The preliminary trenches were excavated around the artisanal mining, in the vicinity of the predicted shear zone, which have also been beneficial in surficial sampling and structure mapping.

The three trenches, which total 260 m, were excavated in or just east of the delineated Kobada Est shear zone as defined by the recent reinterpretation of the previous geophysics. Two of the three trenches intersected mineralisation in varying degrees. Trench No 3 located in the Kobada Est shear zone had the best mineralisation. The trench was 30 m in length of which 22 m was mineralised. The grade over the mineralised width was 1.4 g/t over 16 m or 1.1 g/t over 22 m. Trench No 2, located just east of the shear, was also mineralised but the mineralisation zone was narrow and associated with single veins. The trenches were sighted based on artisanal mining pits, geophysics and soil geochemical anomalies.

Table 1: Details of the Three Trenches 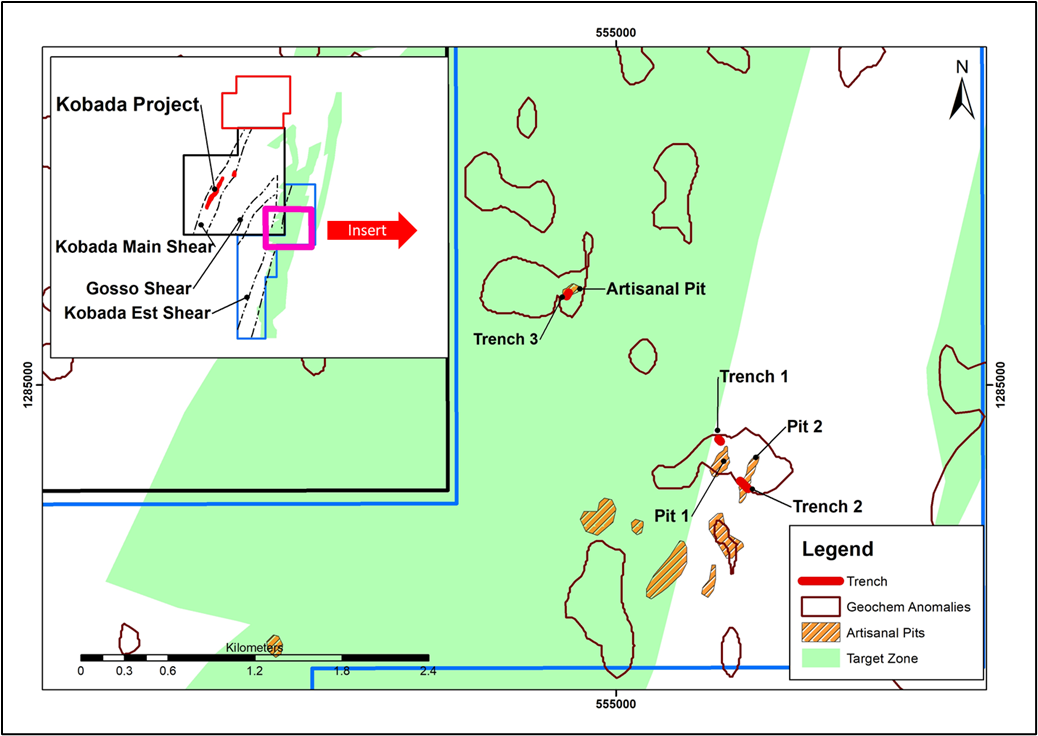 Figure 2: Location of the Three Preliminary Trenches Within and East of the Kobada Est Shear

Figure 3: Plan View of the Mineralisation Within Trench No 3 Within the Kobada Est Shear 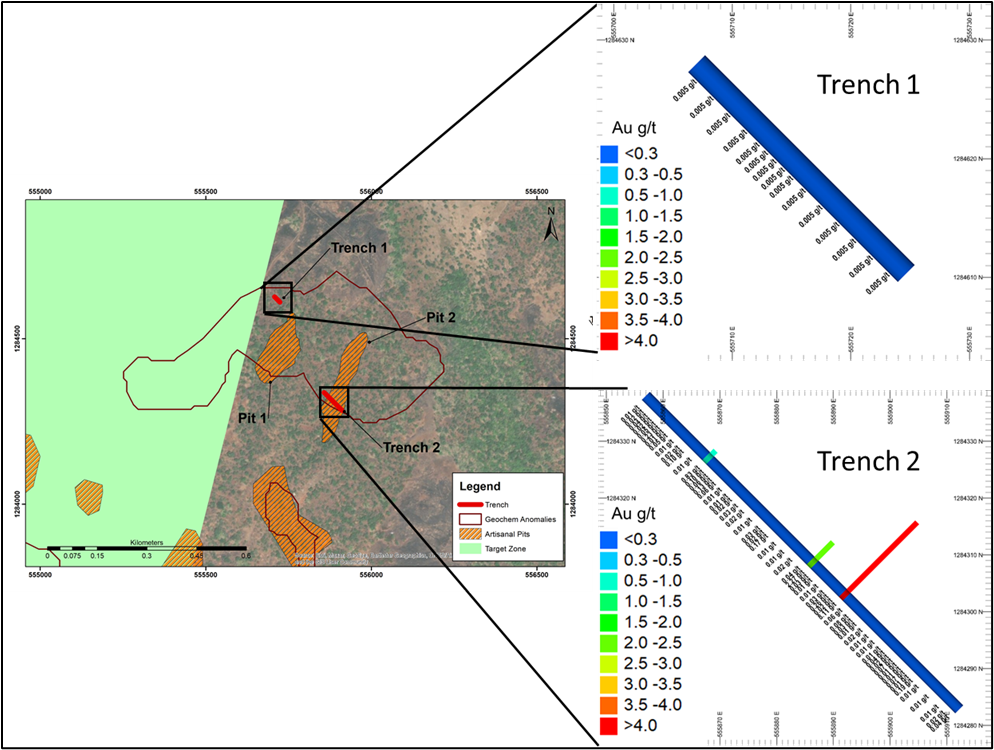 Figure 4: Plan View of Mineralisation Within Trench No 1 and Trench No 2 East of the Kobada Est Shear

Active artisanal mining pits have been mapped and sampled within and in close proximity of the Kobada Est shear zone which has been beneficial in opening mineralised zones and structures. The structures mapped in the artisanal pits and trenches have highlighted similarities to what has been observed in the Kobada Main shear zone with some highly mineralised veins. The grab samples were taken in pit 1 and pit 2 range from trace to 29.7 g/t. The structures are oriented predominantly in an NNE / SSW and E / W direction as is expected and is consistent with the Kobada Main shear zone and with this type of dextral Riedel shear mineralisation.

Figure 6: Structures and Mineralisation Observed in Pit No 1

Figure 7: Structures and Mineralisation Observed in Pit No 2

The preliminary trenching work has delivered impressive results for the mineralisation potential of the Kobada Est shear zone and will be followed up with additional trenching and drilling to test the target area in more detail.

The technical and scientific information in this press release has been reviewed and approved by Uwe Engelmann, BSc (Zoo. & Bot.), BSc Hons (Geol.), Pr.Sci.Nat. No. 400058/08, MGSSA, a director of Minxcon (Pty) Ltd. with respect to mineral resources, who is a Qualified Person as defined by National Instrument 43-101.

African Gold Group is a TSX Venture Exchange (TSX-V: AGG) listed exploration and development company with a focus on building Africa’s next mid-tier gold producer. The Company has a highly experienced board and management team with a proven track record in the African mining sector operating mines from development through to production. AGG’s principal asset is the Kobada Project in southern Mali, which is in an advanced stage of development having completed the NI 43-101 technical report of the Company titled “NI 43-101 Technical Report on Kobada Gold Project in Mali” with an effective date of June 17, 2020and is targeting gold production of 100,000 oz per annum. As well as the initial Kobada Gold Project, other exploration locations have been identified on the Kobada, Faraba and Kobada Est concessions, offering potential for an increase in resource. For more information regarding African Gold Group visit our website at www.africangoldgroup.com.

Toubani Resources Inc. (ARBN 661 082 435) (Company) lodged a prospectus with the Australian Securities and Investments Commission (ASIC) on 12 September 2022 (Prospectus) for, among other things, the offer of CHESS Depositary Interests (CDIs) (each of which represents the beneficial interest in a fully paid common share in the capital of the Company) to be issued at an issue price of A$0.20 each (Offer).

Neither ASIC nor ASX (or their respective officers) take any responsibility for the contents of the Prospectus or the merits of the investment to which the Prospectus relates.

The paper form of the Prospectus is available electronically through this website.

The Prospectus is an important document that should be read in its entirety before deciding whether or not to participate in the Offer. There are risks associated with an investment in CDIs and some of the key risks are details in Sections 1 and 4 of the Prospectus.

You should carefully consider these risks in light of your personal circumstances (including financial and tax issues) and seek professional guidance from your stockbroker, solicitor, accountant, financial adviser or other independent professional adviser before deciding whether to invest in CDIs. There may also be risks in addition to these that should be considered, including in light of your personal circumstances.

Except as required by law, and only to the extent required, no person named in the Prospectus, nor any other person, warrants or guarantees the Company’s performance, the repayment of capital by the Company or any return on investment made pursuant to the Prospectus.

The Offer period commences on 19 September 2022 and is expected to close on 10 October 2022. The Company may vary these dates without notice.

The Corporations Act prohibits any person from passing on to another person the Application Form unless it is accompanied by or attached to a complete and unaltered copy of the Prospectus. Refer to the Prospectus for details of the applications process in relation to the Offer.

Nothing contained on this website or in the Prospectus constitutes investment, legal, business, tax or other advice. In particular, the information on this website and in the Prospectus, does not take into account your investment objectives, financial situation or particular needs. In making an investment decision, you must rely on your own examination of the Company and the securities and terms of the offering, including the merits and risks involved. You should consult your professional advisers for legal, business or tax advice.

The Prospectus does not, and is not intended to, constitute an offer or an invitation in any jurisdiction in which, or to any person to whom, it would not be lawful to make such an offer or invitation or to issue the Prospectus, including for greater certainty the United States and Canada. If you are accessing this site from anywhere outside Australia, do not download, print or view the Prospectus. By accessing the Prospectus, you acknowledge, represent, warrant, agree and confirm, among other things, that you are accessing this website from within Australia and that you are not a resident of, or located in, the United States, Canada or any other jurisdiction outside Australia.

You should ensure that any copy of the Prospectus you view or print is complete. To the extent permitted by law, the Company is not liable for any loss incurred from accessing or downloading the Prospectus from this website, including, but not limited to, data corruption on download.

The CDIs being offered pursuant to the Prospectus have not been, and will not be, registered under the US Securities Act of 1933, as amended (US Securities Act) or the securities laws of any state or other jurisdiction in the United States and may not be offered or sold in the United States except in transactions exempt from, or not subject to, the registration requirements of the US Securities Act and applicable US state securities laws. The Prospectus does not constitute an offer to sell, or the solicitation of an offer to buy, nor shall there be any sale of the CDIs in any state or other jurisdiction in which such offer, solicitation or sale would be unlawful under applicable law.

As set out in the Prospectus, it is proposed that the CDIs will be quoted on the ASX. The Company, the Share Registry, the Lead Manager and the Co-Lead Manager disclaim all liability, whether in negligence or otherwise, to persons who trade CDIs before receiving their holding statements.

If you are concerned that you have received an incomplete or altered version of the Prospectus or that the Prospectus available on this website may have been tampered with, please contact the Company without delay on +1(300) 288 664 or via email at [email protected].

By clicking the ‘Accept and download Prospectus’ button below and accessing the Prospectus on this website, you acknowledge that you have read and accept the terms set out in this notice and represent, warrant and agree that:

By proceeding, you acknowledge and agree to the above notice. Accept and download Prospectus